Are Prisons Obsolete? by Angela Davis

This week’s featured text is Are Prisons Obsolete? by Angela Davis.  The text’s introduction specifies its stakes, and puts forth rather compelling questions:

The question of whether the prison has become an obsolete institution has become especially urgent in light of the fact that more than two million people (out of a world total of nine million) now inhabit U.S. prisons, jails, youth facilities, and immigrant detention centers. Are we willing to relegate ever larger numbers of people from racially oppressed communities to an isolated existence marked by authoritarian regimes, violence, disease, and technologies of seclusion that produce severe mental instability? (10).

In part, we feature this book as it is connected to a number of important texts that comprise the “WR 39C: Argument and Research” curriculum, including CAUGHT: The Prison State and the Lockdown of American Politics by Marie Gottschalk and The New Jim Crow by Michelle Alexander. And for several years, the UCI Libraries‘ research librarians have provided information literacy instruction to students enrolled in WR 39C.

Furthermore, Angela Davis visited UCI in 1969 to lecture and meet with students. In 2003, she delivered the Wellek Library Lecture, an annual lecture series, named in honor of René Wellek (Yale University), whose library of works in critical theory is housed in Langson Library at the University of California, Irvine. Yet, we also feature this book because the issues stated in the above quotation from the text are incredibly relevant. For instance, recent political discourse in the United States suggests that many are willing to relegate  people from racially oppressed communities to an isolated existence marked by authoritarian regimes, violence, disease, and technologies of seclusion. Therefore, Davis’ text, while making a case for the abolition of prisons, also calls readers to examine the conditions that make the will to confine necessary for a society’s existence. What kind of society is it, in other words, that would seem to predicate its existence on the confinement of others?

In short, Are Prisons Obsolete? does not simply demand that prisons be abolished. Rather, it calls for more rigorous work to confront:

the ideological work that the prison performs–it relieves us of the responsibility of seriously engaging with the problems of our society, especially those produced by racism and, increasingly, global capitalism (16).

Admittedly, I am late with this week’s featured resource. To make up for that, I’ll include a few additional resources of note.

Founded with the intent of providing a vehicle for the exchange of information. We are here to support and nurture one another and enhance the visibility of the Black Community on the UC Irvine Campus. We invite you to browse through the site and take a look and see what we have to offer.We appreciate your feedback as this is your site,  and considered a work in progress.

UPDATE: I’ve edited the original blog post, which references Claudia Rankine’s analysis of the Emmett Till photographs and connects that analysis to the cover of Rankine’s Citizen. The Emmett Till photographs are the subject matter of Dana Schutz‘s Open Casket, on display for the Whitney biennial. The painting has galvanized critical attention, most notably from Parker Bright and Hannah Black. In an open letter penned to the curators and staff of the Whitney biennial, Hannah Black writes, “[i]n brief: the painting should not be acceptable to anyone who cares or pretends to care about Black people because it is not acceptable for a white person to transmute Black suffering into profit and fun, though the practice has been normalized for a long time.” More astute readers will find that the hyperlink to Black’s letter does not direct readers to the original, which was disseminated on Facebook and is no longer available.

It’s Thursday, which means that it’s time to feature a new book from our Black Lives Matter Book Display.

It’s true. I am writing about another book published by Greywolf Press. But really, I would be remiss if I did not highlight  Claudia Rankine‘s Citizen. This is one of those texts that always seems to be checked out from the UCI Libraries. So you probably won’t find it on our shelves right now. But we do have it. And you can request it or ILL it. So, where to begin?

One could begin talking about Claudia Rankine’s Citizen by reading how the text complicates the concept of the “citizen” itself, calling us to consider “who is a citizen?” or “what are the conditions that determine or enable citizenship?” or “in what kind of place can one be a citizen?”

One could begin by talking about Claudia Rankine’s Citizen by asking what makes this text an “American Lyric.” Phrased another way, given the definition of the word, “lyric,” one could ask what is it about this text that demands to be sung and how is that song uniquely American.

But I’d like to underscore a different feature of Rankine’s work.

When I first read Citizen, I was immediately struck by the opening pages. After describing several different events–from how racism induces stress disorders to a how it infects everyday interactions such as ordering coffee at Starbucks–the first chapter concludes with an exchange that cuts to the heart of one of the text’s major stakes:

The new therapist specializes in trauma counseling. You have only ever spoken on the phone. Her house has a side gate that leads to a back entrance she uses for patients. You walk down a path bordered on both sides with deer grass and rosemary to the gate, which turns out to be locked.

At the front door the bell is a small round disc that you press firmly. When the door finally opens, the woman standing there yells, at the top of her lungs, Get away from my house. What are you doing in my yard?

It’s as if a wounded Doberman pinscher or a German shepherd has gained the power of speech. And though you back up a few steps, you manage to tell her you have an appointment. You have an appointment? she spits back. Then she pauses. Everything pauses. Oh, she says, followed by, oh, yes, that’s right. I am sorry.

Sorry for what, exactly?

The cover of Citizen presents the black hood of a hoodie cut off at the neck and set against a white background, a faint grey shadow hanging below the ripped cotton. The image most immediately calls to mind the death of Trayvon Martin, but also should have us remember the emergence of #BlackLivesMatter in the aftermath of the George Zimmerman trial.

Moreover, the cover compels it’s viewer to imagine Trayvon Martin’s dead body, to conjure it’s image in one’s mind (or does it and who would do this?). And that this body is absent calls one to consider how the visible black hood deprived of a body, cut off from the rest of itself, and set against a white background presents a visual metaphor for the construction of whiteness. Whiteness appears not simply in relation to, or as a consequence of, doing violence to black lives; but rather, as the erasure of that violence, which can nevertheless produce a material remainder: a torn hoodie, a photograph (see the below photo from Citizen, Rankine’s commentary on the image in the above video embedded, and the original Getty Image), a decree that all lives matter. 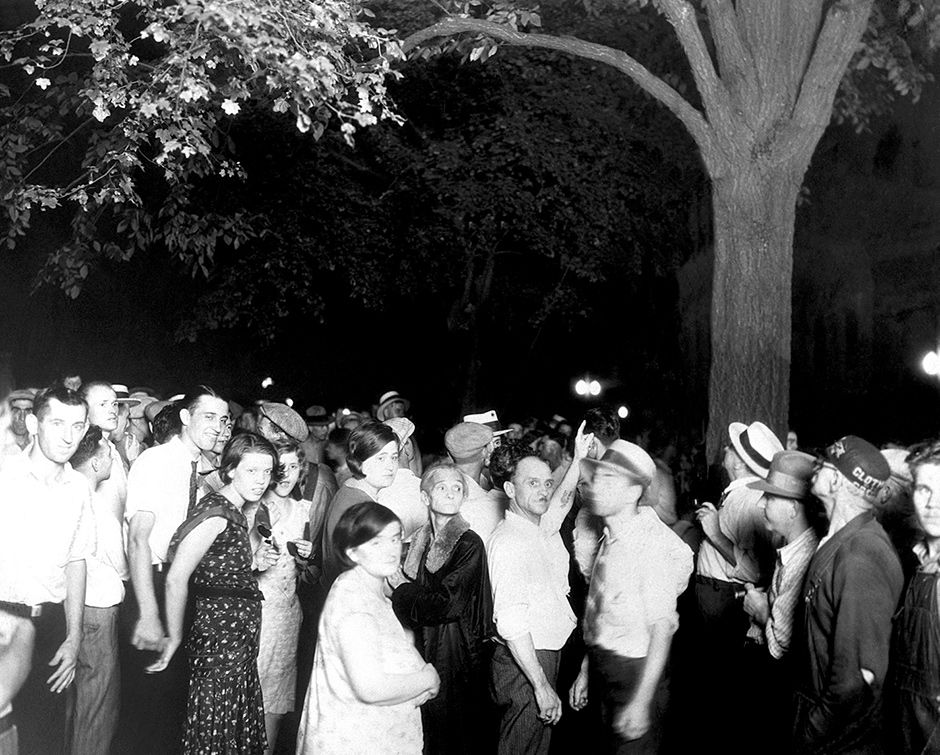 Displacing any direct reference to a singular and identifiable body, the cover might connect the death of a specific individual to a broader lynching tradition that has, and continues, to kill black lives; the torn hood alluding to the torn necks of those black lives who died at the end of a rope and to a new lynching tradition–for many embodied by the exoneration of, for example, George Zimmerman, Darren Wilson, and the Baltimore Police.

So, sorry for what, exactly?

Perhaps the indeterminacy of the question’s answer, or at least my inability to answer this question definitively, calls us (but who are we) to rethink the very definition of trauma and to acknowledge the condition of mourning that is specific to black lives.

For more about Claudia Rankine, visit her Official Website